Breathing: It’s all about the SACS 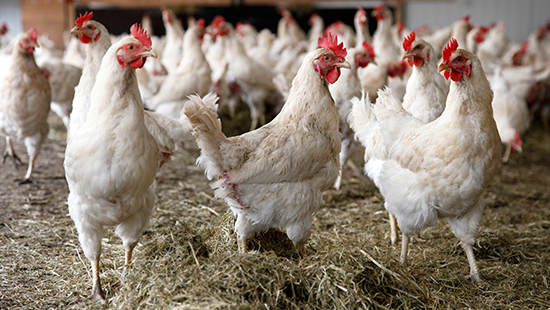 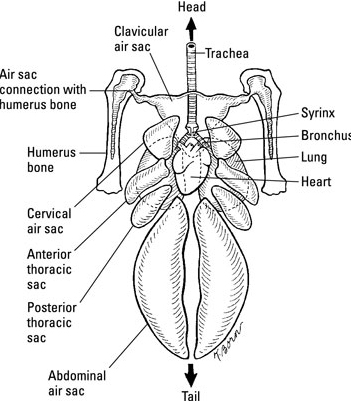 Respiratory diseases are the most common cause of death in a poultry flock. It’s therefore crucial that a poultry farmer/manager knows exactly how the chicken’s respiratory system works so that he can put together a proper plan to monitor the flock’s health and be able to recognize problems that may occur and to take action to correct them.

The chicken’s respiratory system works in a completely different manner than that of humans or any other mammal. Humans breathe with the help of the diaphragm muscle, which divides the chest and abdominal cavities, but chickens don’t have a diaphragm. Instead, a chicken moves its rib cage and breastbone to draw air into air sacs and force air back out.

A chicken’s respiratory system delivers oxygen from the air to the tissues and also removes carbon dioxide. In addition, the respiratory system plays an important role in maintaining normal body temperature, detoxification of certain waste products, rapid adjustments of the body’s acid/base balance and making noise.

Chickens have lungs and they also have nine air sacs extending into the bone between the shoulder and elbow, the thigh bone, the vertebrae and even the skull. Consequently, respiratory infections can spread to the abdominal cavity and bones.

As part of the chicken’s immune system, its respiratory tract is normally equipped with defense mechanisms to prevent or limit infection by airborne disease agents, to remove inhaled particles and keep the airways clean. The air of poultry houses can contain aerosol particles like dust originating from the floor litter, feed, dried manure, as well as skin and feathers. These particles act as an irritant to the respiratory system, and coughing is a physiological response designed to remove them. However, excessive coughing lowers a chicken’s resistance to disease.

In addition to the aerosol particles, there may also be different gases present which may originate from decomposing poultry waste, emissions from the chickens and improperly maintained or installed equipment, such as gas burners.

Diseases of the respiratory system